The weirdness of materials is the first overture: purple boa feathers, here, red beading, a faux fur puff, a nipple ring and chain, over there. Then their rubbing with odd subjects on unlikely grounds: shapeless turbulences of chalk, disembodied organs, optical illustrations and flowers, applied to unstretched canvas, drywall and polyvinyl chloride (PVC). Arguably painting, but most certainly playing within and against the historical vernaculars of painting flowers, frescoes, monochromes, abstraction, amongst other genres, Mina Totino’s exhibition, concisely curated by Scott Watson, brings together thirty-five works produced since 1991.

The exhibition effectively represents the post-1989 shift in Totino’s work from large-scale “expressive” painting to a practice which began to consciously and literally mix things that were not supposed to be together. This mixing has become Totino’s self-proclaimed feminist tool, simultaneously a rigorous engagement with painting’s history, combined with a rapturous streak of anti-(modernist) painting which has challenged the canvas’ autonomy. An often jarring effect results from contrasts and collusions, characteristically embedding all of her work with what Watson describes in his catalogue overview as the theme of the senses and her belief that our visual habits are to be broken, that there is another life beyond the sleep of modernity.

Selected from distinctive projects produced in the last five years, the conceptual engagements which have contoured Totino’s practice are clearly circumscribed. In the first of the gallery’s three large rooms is her recent series of Untitled (1995/96) Rugen chalk abstractions, created with chalk gathered by Totino at the very limestone cliffs depicted by Caspar David Friedrich in his Cliffs on Rugen (1818-1820). And Detention (1996), in which Totino has methodically hand-written Kant’s Analytic of the Sublime (in school chalk a la Bart Simpson) on 198 pages of black Ingres antique paper (each 62.5 x 45 cm). A second room holds eight oil paintings on the sleek, retractive surfaces of variously sized and coloured PVC on stretchers (all 1996), bringing forward her investigations into the still-life genre and the gothic as the inversion of the sublime. And in the third, affectionately named bordello room, twelve works provide glimpses into the range of Totino’s earlier projects, effectively contextualizing the later Rugen chalk and PVC paintings within a body of work which has methodically explored expansive dimensions of visuality. Many of these earlier works are concerned with specularity and evoke a body without literal figuration. They are on stretched and unstretched canvas (often with flesh-like grounds), and on small drywall squares; there are flowers, text, a vulture, monochromes and bars, medical illustrations, tattoo motifs, actual jewelry, sequins, beads and human hair. 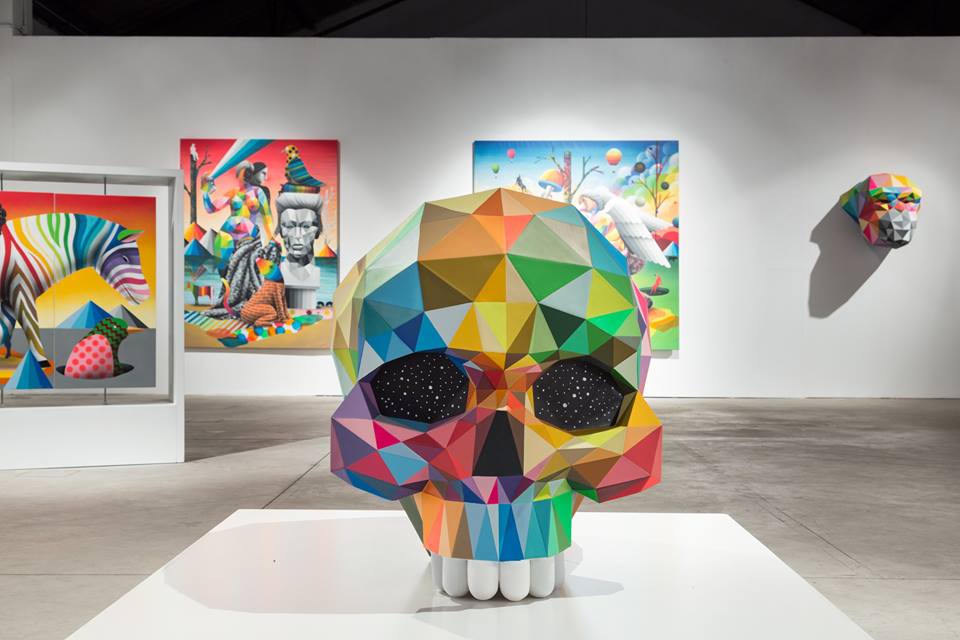 The rupturing effect of the diptych Theory of the Analytic of the Sublime, or Boogie Wonderland (1995/96) in which one austere Rugen chalk and linseed oil on canvas is paired with the fluttering energy of a garish purple feather boa meticulously applied to an equi-sized canvas rectangle gives a precise sense of the intertextual, often jarring collisions in Totino’s works. Watson elaborates:

The sublime nothing of the Northern Romantic tradition [in Friedrich] is a feeling that imagines death. It sublimates the petite mort of the male post-orgasm, imagining the dispersal of seed throughout the cosmos while the phallic power recuperates. The purple feather panel brings us back to the pre-orgasmic tease. While the sublime nothing is a product of a swoon and duplicates what one sees with one’s eyes closed, the feathers are about the seduction of looking; they imply a hidden female body that is about to burst upon the scene.

This hint at burlesque and striptease conjures the realm of popular culture which is in constant play in Totino’s paintings. Consider titles like Lisa Simpson’s Pearls (1996) (on black PVC), or Dress to Kill (1992/93), a sextet of small monochrome drywall squares with fetish objects G-string puff and pasties. Judy Radul’s “Body Paint by Regina Kant” (the second of three catalogue essays, a third is by Clint Burnham), remarkably draws these intertextual, transdisciplinary relations out. Radul’s performative ficto-criticism is devised as a detective narrative in which Ruth Kohl is investigating allegations that real bodily remains have turned up in artist Mina Totino’s paintings. She layers multiple voices, incorporating references from Norman Bryson and Donna Haraway, to poet Radul herself (the essay is pen-named), and the pedagogical monologues of university professors and gallery ushers echoing in the gallery rooms where Totino’s paintings are on exhibition. As in the best of collaborations (the two have worked together before), Radul’s text enacts the complex and seductive poetics that are the very texture of Totino’s works. Radul’s detective Ruth sums up:

The pictures are full of objects that are not ideal, but transitory, mortal. Interruption is a constructive force and is, is only what is not, not now. Totino’s pictures refuse a hierarchy that subordinates detail. The theme is detail, what surfaces is surface. The works are by turns desiring, aggressive, bad tempered, and good natured. They are populated by the bottom feeders of painting’s history, floating through the sunken galleons of a modernist fleet: abstraction, minimalism and conceptualism.